After being hesitant at first, I only use the self-checkout lane at retailers. No waiting in line, easy to use scanner, you bag your items with care, and ability to pay and move on to the next task. The "Do-It-Yourself" person enjoys being in control of the process and being able to complete a task themselves. It's an empowerment of the individual. 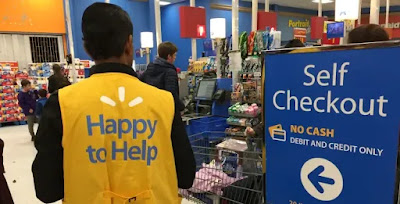 It's a trend in retail and there's no turning back.

There still is a human element.

Just as retailers keep store personnel in the self-checkout area, shopping and applying for life insurance also retains the human element. Glitches happen with a machine. Questions may go unanswered by an online quote tool. That's why it's beneficial to have an independent life and health agent to move the process along.

An independent agent can help find the right insurance product, the risk class for an individual, and an insurer who will approve coverage quickly at the most competitive premium.

Just how healthy are you?

This makes all the difference to the insurer and if you don't have a good handle on your own health status, communicating health facts to the insurer, you may end up paying too much for insurance coverage.

Let's look at an example: A 40 year-old female applying for $500,000 coverage for a 20 year term life insurance. Here are sample term life quotes:

Before this quote was made, an agent helped this person assess her health status by using a health analyzer. Simple questions such as:

The health analysis takes five minutes and provides competitive quotes from top insurers. The analysis also indicates which insurer most likely can approve the application and which insurers use Accelerated Underwriting. This feature speeds up the approval process to a matter of 2-3 days instead of weeks. Like getting through checkout faster.

Accelerated underwriting can eliminate the need for a medical exam. However, depending on available health information on the individual, an exam may still be ordered.

Working with and independent agent who uses a health analysis also saved this client from paying for a simplified issue plan. No medical exam. Accelerated underwriting and Simplified Issue are not the same thing. Simplified issue places everyone in a higher risk class with higher premiums.

You pay the same retail store price whether you use self-checkout lanes are not. You might pay quite a bit more for self-checkout with your insurance purchase.

Popular posts from this blog 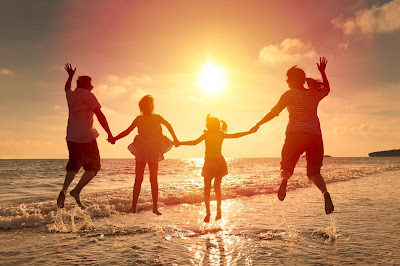 Ben and Barbara are a young couple, healthy and in their early thirties with two young children, ages 6 and 3.

They both had jobs and between the two of them, they managed to provide a good home and a comfortable lifestyle for themselves and their kids. Like most families, they realized they needed a little more living space and a larger yard to enjoy.

Ben and Barbara found that new home in a well established neighborhood which was close to everything. The lender offered them mortgage protection insurance which would pay the mortgage if something happened to either of them. It was pricey and didn't fit their budget. Besides, if they moved or paid off the mortgage, the coverage ended.

Solicitations from agents hounded Ben and Barbara and the more they looked, the more confusing term life insurance became. They had many questions but they hated the pressure from salespeople.

You Can Negotiate A Medical Bill. Here's How. 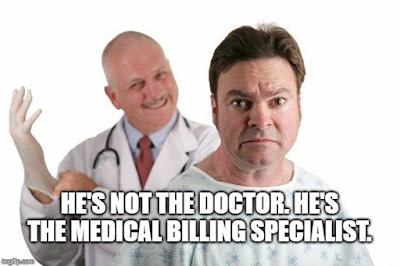 You've read a story like this and just shake your head:

Alexa didn’t want her upcoming vacation trip ruined by strep throat. So, after it had lingered for more than a week, she decided to get it checked out and visited her primary care physician. The visit was quick. Alexa got her throat swabbed, gave a tube of blood and was sent out the door with a prescription for antibiotics. She soon felt better and the trip went off without a hitch. Then the bill came. Read the full story. Total Bill: $28,395.50 for an out-of-network throat swab. Her insurer cut a check for $25,865.24. $28,395.50! I hope you never have to deal with a situation like this one. It does happen and you should be prepared for the upcoming medical procedure you have scheduled or any emergency medical need you may have. There are several strategies both before and after receiving medical services to protect yourself from high medical bills. First and foremost, understand the health insurance and supplemental insurance plans…
Read more 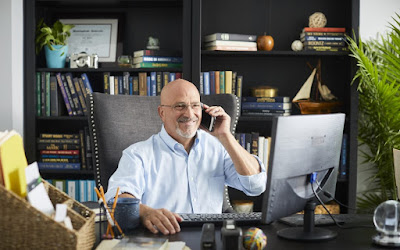 Celebrating Turning 65
Doug just had his 65th birthday. He's looking forward to retirement, which is coming up soon, from his career of more than 40 years. Doug has made great decisions regarding his retirement planning and now is deciding on a senior health plan.

Doug is in an Open Enrollment Period, which is a one time only 6-month time frame when federal law allows him to buy any Medicare Supplement (Medigap) policy sold in his state. During this period, he can't be denied a Medigap policy or charged more due to past or present health problems.

Like the thousands of people who are turning 65 every day in the United States, Doug is being bombarded with calls, letters, and constant ads about health coverage. There's too much noise and he wants to cut through it and get the facts.

So much information about Medicare Supplements can be found online and Doug located a website which includes a quote finder for plans in his area. He also found on the same page a link to the officia…
Read more 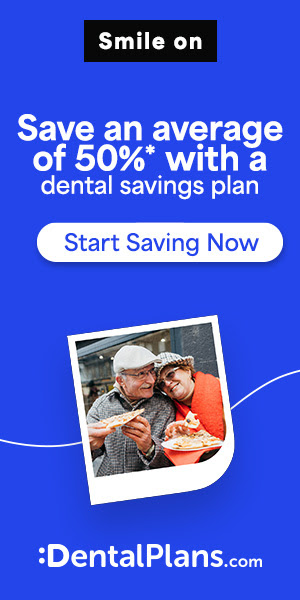